We look forward to seeing you on Sunday.  Please go to our Visitor's Information page for service details including information about our Sunday School program and Child Protection Policy.
The scriptures for the sermon this week are Jeremiah 31:31-34 and Luke 15:11-32. 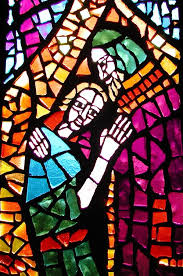 “The son said to him, ‘Father, I have sinned against heaven and against you. I am no longer worthy to be called your son.’  “But the father said to his servants, ‘Quick! Bring the best robe and put it on him. Put a ring on his finger and sandals on his feet. Bring the fattened calf and kill it. Let’s have a feast and celebrate. For this son of mine was dead and is alive again; he was lost and is found.’ So they began to celebrate".

The lectionary readings for this twenty-sixth Sunday after Pentecost are: